As promised on Monday, I am back today to share our engagement story! 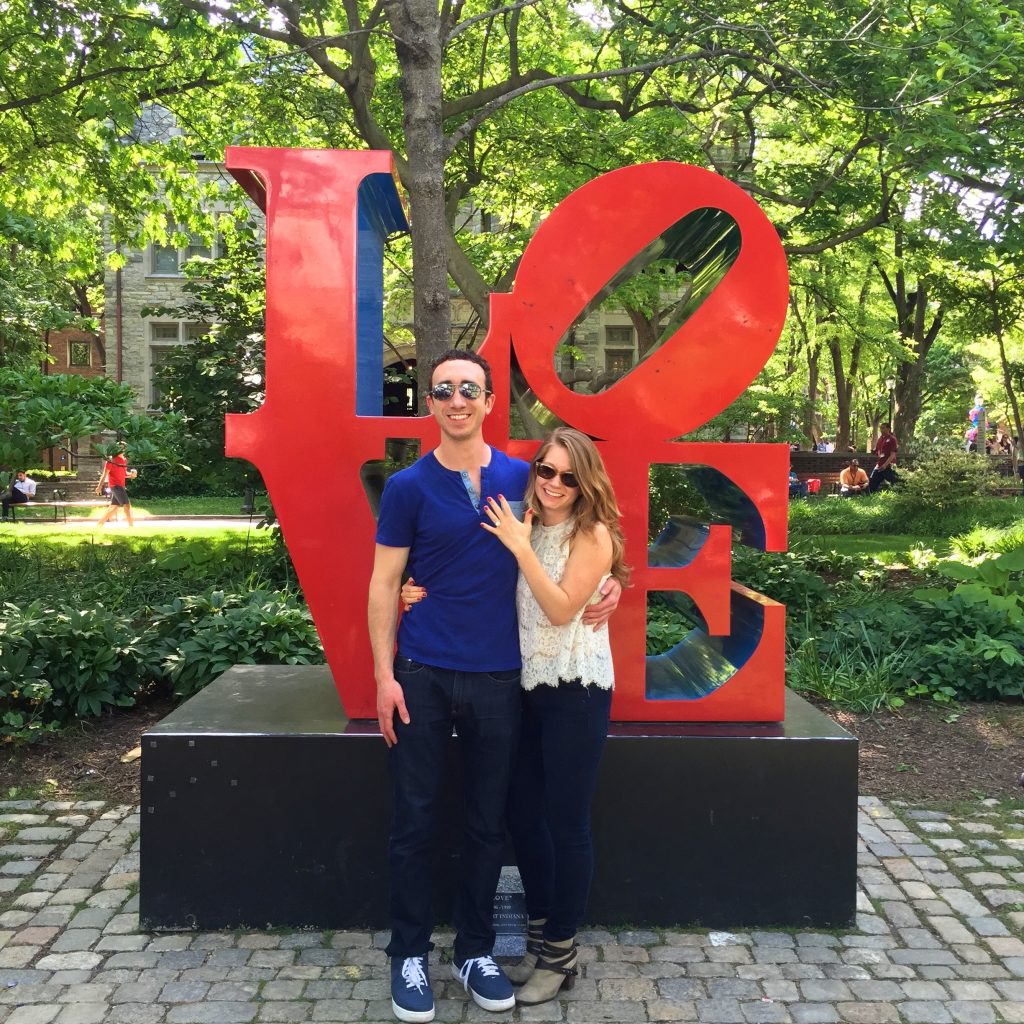 Two weekends ago, Travis and I went to Philadelphia for his 5th year college reunion. For those of you who are longtime readers, you’ll remember that Travis and I met at the University of Pennsylvania when he was a senior and I was junior. We had a long distance relationship for a year, when he graduated and moved to Los Angeles for a job and I was still a senior at Penn. After I graduated, I moved out to Los Angeles and we lived separately for a year before moving in together in Santa Monica.

Okay, back to the story!

When Travis first mentioned wanting to go back to Philly for his 5th year reunion, I told him that I didn’t need to go with him because I wanted him to be able to celebrate with all of his college roommates who he doesn’t see that often. Travis insisted that I should come along, but I didn’t think anything about it because his reasons made sense. Neither of us had been back to Philadelphia since my college graduation four years ago and we have so many favorite spots in Philly that we both wanted to revisit.

Travis did all of the planning for the trip. He rented an Air B&B in Philadelphia so that all of his college roommates could stay in a house together again. This is another reason I was not suspicious. This wasn’t a romantic getaway, I was bunkered up all weekend with a lot of guys! On Saturday morning, Travis said he wanted to head to the Penn campus a little earlier than the rest of his friends so he could film some of the festivities on his GoPro. Now, if you know Travis, you’ll know that he takes that tiny camera everywhere with us, documenting all of our trips and events, so again, nothing was out of the norm here. Once we arrived on campus, Travis suggested that we get our photo taken in front of the famous sculpture in the middle of the campus that spells the word “LOVE.” Everyone takes their photo in front of that sculpture, so there was a little bit of a line. When it was our turn, we asked another couple to take our photo and once they were done, I started to walk away. But all of a sudden, Travis grabbed my hand, pulled me back, got down on one knee and held up a ring. It was there that he asked me to marry him!
I was SO surprised! Actually, to put it frankly, I was in complete shock! At first I didn’t even say anything because I couldn’t believe what was happening — when I tried to speak, no words would make it out of my mouth (even though my brain was screaming “YES!!!”). Finally, he stood up, put the ring on my hand and told me that we actually had to hurry because he had a bottle of champagne waiting for us at a local restaurant about 2 blocks away. I think I said something like “Hold on! You just proposed! Can we slow down for a second?” but he said that we were 40 minutes late for our reservation (oops, my fault — I was very slow to get ready in the morning, but he couldn’t have rushed me because I would have known something was up).
As we walked to the restaurant, I kept staring at the most gorgeous ring on my hand in disbelief! I was asking Travis one million questions: “Who knew?,” “How long were you planning this?”, etc.
When we arrived at the restaurant, the manager took us back to our table. Next thing I know, we’re walking into a private room and I see both of our immediate families standing there waiting for us. THAT is when it finally hit me and I broke into tears. I couldn’t believe it. Travis pulled off the most incredible surprise – I had no idea any of this was coming. He planned an absolutely perfect proposal and the best day of our lives. I was beyond appreciative that both of our families drove all the way to Philadelphia to see us for just a couple of hours — even with two tiny babies in tow! I also can’t believe that everyone kept all of these secrets from me for so long! 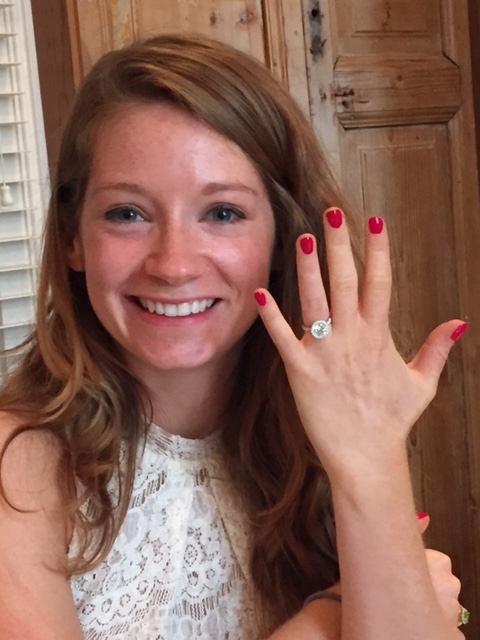 We had a beautiful celebratory brunch (although I could barely eat anything from all the excitement), and it was so nice to spend even just a few hours with family who I don’t see nearly enough.
After brunch, our families had to depart and we had to head back to campus to meet up with friends for more of the reunion activities. It was very hard to leave our families, but I know I will see them all soon enough. Once we got back to campus, the word had spread and everyone was so excited to hear the story and celebrate with us.
Our friends tried to have us recreate the engagement (since Travis didn’t end up getting any of it on his GoPro), which just made us crack up the entire time. Words cannot even describe my happiness. I couldn’t have asked for a better proposal, and spending it with our families meant the most to me. I love Travis with all of my heart and I am SO excited to see what the future holds.
And just since everyone has been asking, no we don’t have a date or venue picked out yet. Right now, we are just taking in every moment we can to celebrate!
Thank you so much for reading and your congratulations on Instagram – you guys are the BEST!
XOXOX

Previous Post: « Gluten-Free Banana Chocolate Chip Muffins…and some EXCITING news!
Next Post: I Need to Get Back on Track »