Hi guys! I never post on Saturdays, but after a crazy week I just couldn’t get this post up on Friday. So here I am! It’s the weekend, YAY! After two weekends of travel and tons going on at work, I am so happy to be home right now and catch up on the one million things on my to-do list.

On Monday, I mentioned I would share all of the details of my farm tour trip last weekend, so let’s get to it!

I was invited to attend a tour of the Imperial and Coachella Valleys by the awesome people at the California Farm Water Coalition. We did and learned SO much on this trip, so rather than bore you guys with all of the nitty gritty (and tons of facts), I figured I would share some of some highlights with you. While both Kay and Scott were incredibly knowledgeable and informative, more than anything they were both hilarious. They had our group cracking up nearly the entire time, which made learning about farming (something I’ll admit I knew next to nothing about before this trip!) and produce really fun and interesting. Kay and Scott took us around to see kale, cabbage, celery, fennel, and more, stopping along the way to explain how each are grown.

Next, Kay and Scott took us to the Holtville Rib Cook-off in the middle of town. Holtville is a very small town, and it didn’t take long to see that 1.) Basically everyone in Holtville was at this festival and 2.) They all knew each other.

Having never lived in a small town like this, I found this whole experience to be so much fun! Kay was saying “hi” to nearly everyone we passed, which I just couldn’t get over. She knew everyone. We didn’t stop to eat any food at the cook-off because we had lunch plans later that afternoon, but it was great to walk around and check out all of the booths and entertainment.

On Saturday afternoon we headed to Veg Cool, where all of the produce from Lakeside (and a few other farms) is washed, boxed, cooled, and picked up by trucks to be distributed to grocery stores across the country.

Did you know that those rubber bands and twist ties you see around vegetables in the grocery store are all put on directly in the field? The farmers have to be REALLY careful about which band or tie they use because if it’s wrong (red cabbage vs. green cabbage), a grocer will turn it away even if the produce is perfectly fine. Then that food has to be found a new home (donated to food pantries, etc.) so it isn’t wasted. 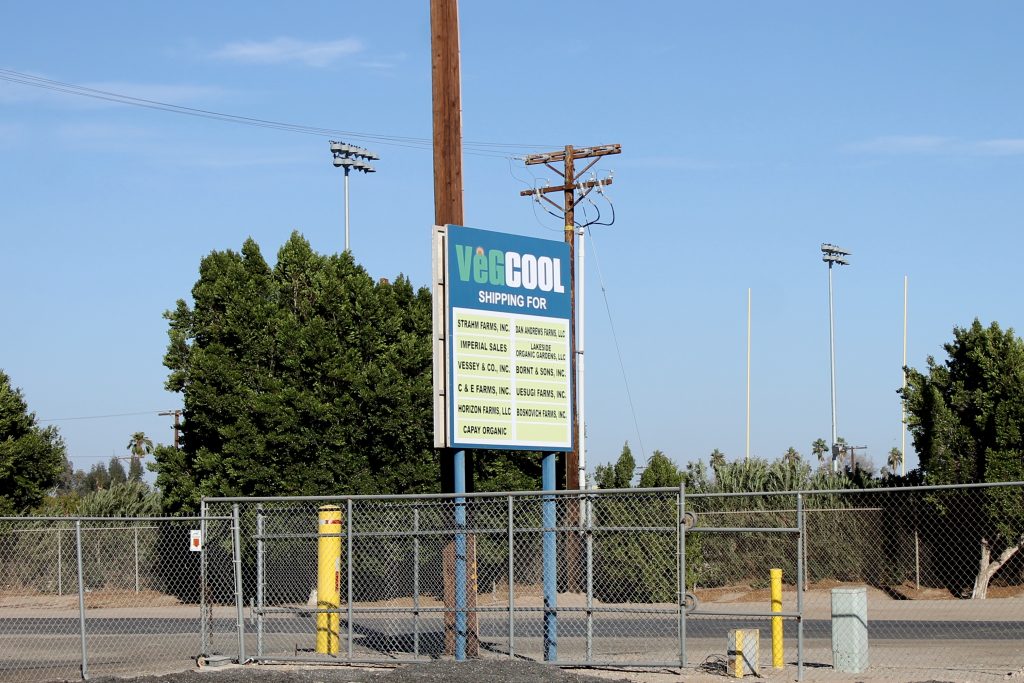 We all got to take turns going inside the cooler at Veg Cool, but it wasn’t safe for us to stay in for too long because the floors are wet and slippery. 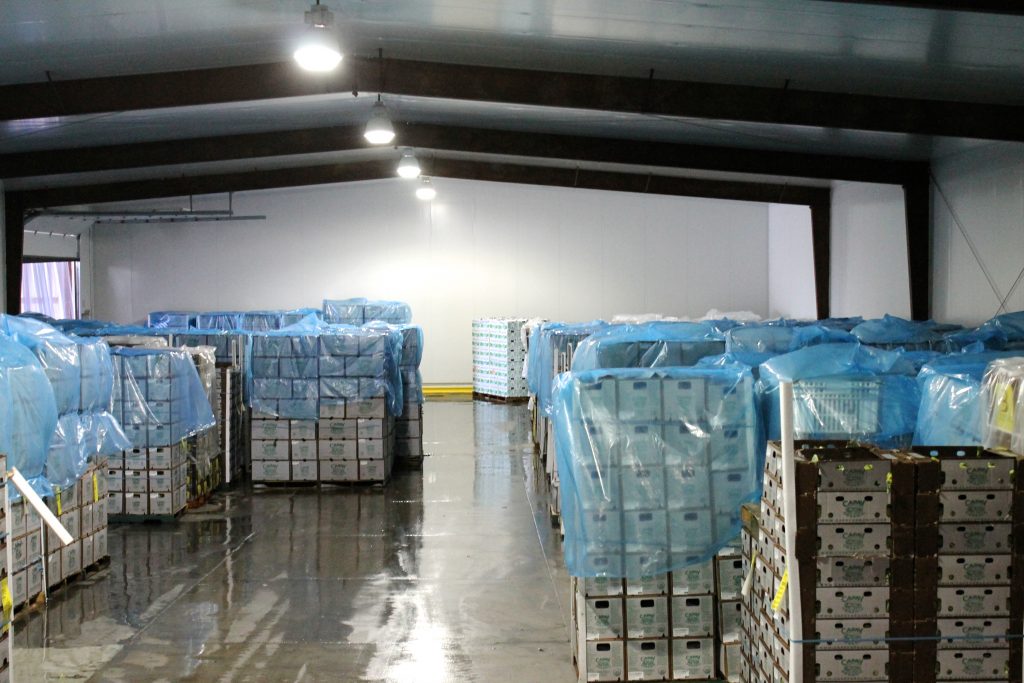 Also, the guys that maneuver the forklifts are SOOOOO FAST.  These men carry dozens and dozens of boxes of produce at once and drive in reverse at full speed like it’s nothing! I wish I had a video to show you. To sum it up, the entire process from field to grocery store can take just 24 hours, which very impressive when you see how many fruits and veggies these guys are processing at one time. 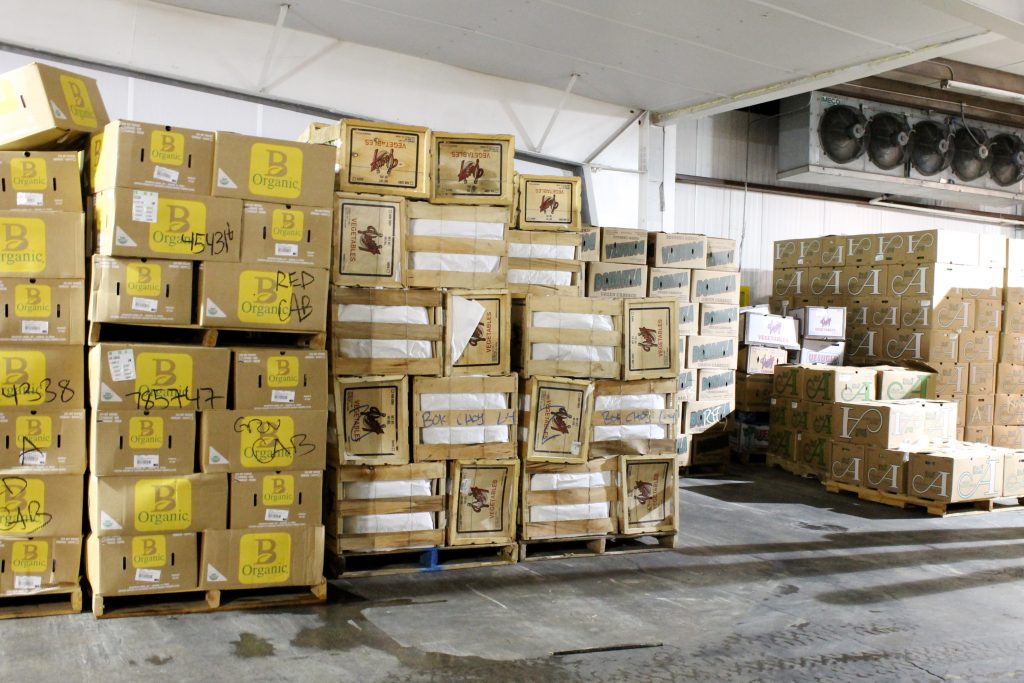 On Sunday morning we met with Ellen Way of the California Women for Agriculture, who toured us around various fields in the Coachella Valley.

A big highlight for me was visiting the date palms that you see below. I looooove dates. I add them to everything like my Vitamin-Packed Green Smoothie and No Bake Oat and Nut Granola Bars, so it was fun to see and learn about how they grow.

Did you know that dates can only be grown in warm climates like California and the Middle East? Also, harvesting them is VERY labor intensive — someone has to climb all the way up those trees multiple times throughout harvesting and man, those things are tall! We also checked out fields of bell peppers, which they keep covered from the sun with the tarps (as you can see below), as well as seedless grapes and artichokes. 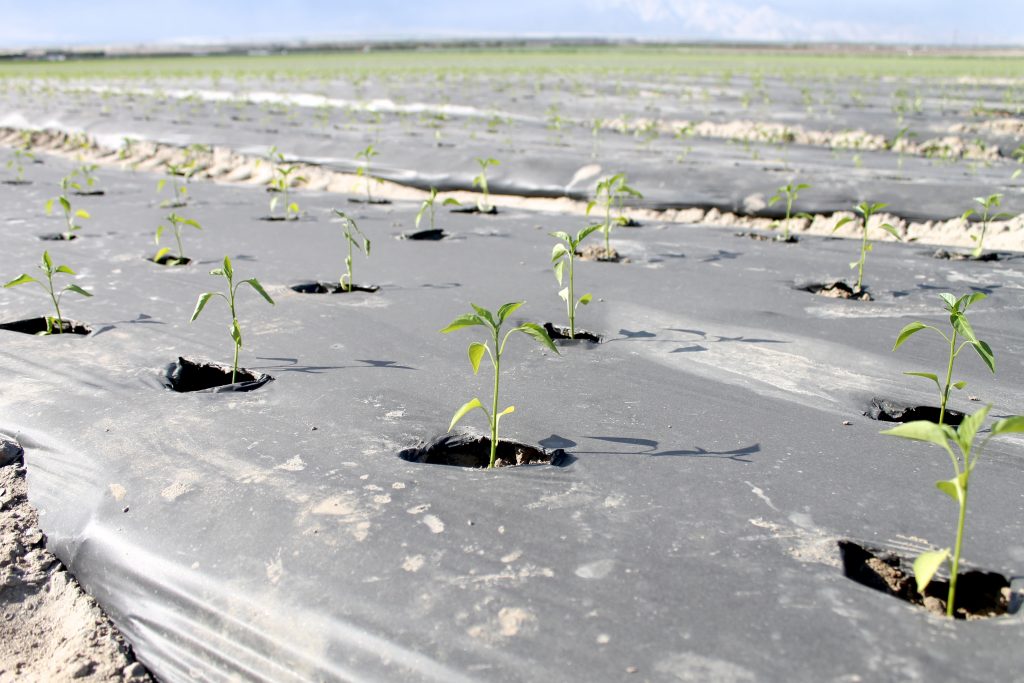 Our final farm stop was at SeaView. We were a little rushed to get back to San Diego, so we were only able to spend about a half hour here.

All of our eyes lit up when we were told we could pick some citrus to bring home. Personally, I had only ever been apple and strawberry picking, so picking my own fresh oranges and grapefruit was such a treat! Luckily, I was traveling back to Los Angeles by train, so I could load up on lots of oranges, which Travis and I both love. I also want to note that the grapefruit we tasted at SeaView was some of the sweetest I’ve ever had. I usually find grapefruit to be too sour, but this stuff was delicious and I regret not bringing home more! The longer the grapefruit stays on the tree, the sweeter it gets. 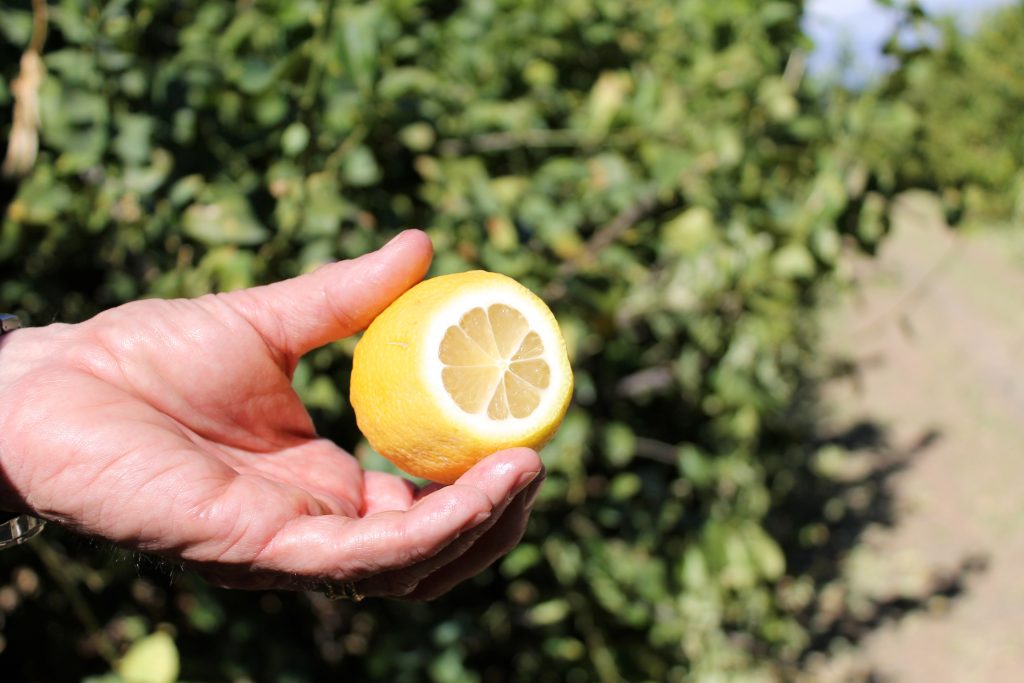 Our very final stop on the tour was to the Inferno Restaurant in Brawley, CA. Now, remember when I mentioned earlier that Kay Day Pricola was the most well connected person ever? Well, on Saturday she overheard our group mentioning how we wanted to try Inferno, but they are closed on Sundays (the day we were trying to go).

So, of course, Kay picks up her phone and calls the owner (who just happened to call her the hour before!) and asks him to open the restaurant for our group the following day. Whaaaaat!?

And he said YES. We couldn’t believe it. 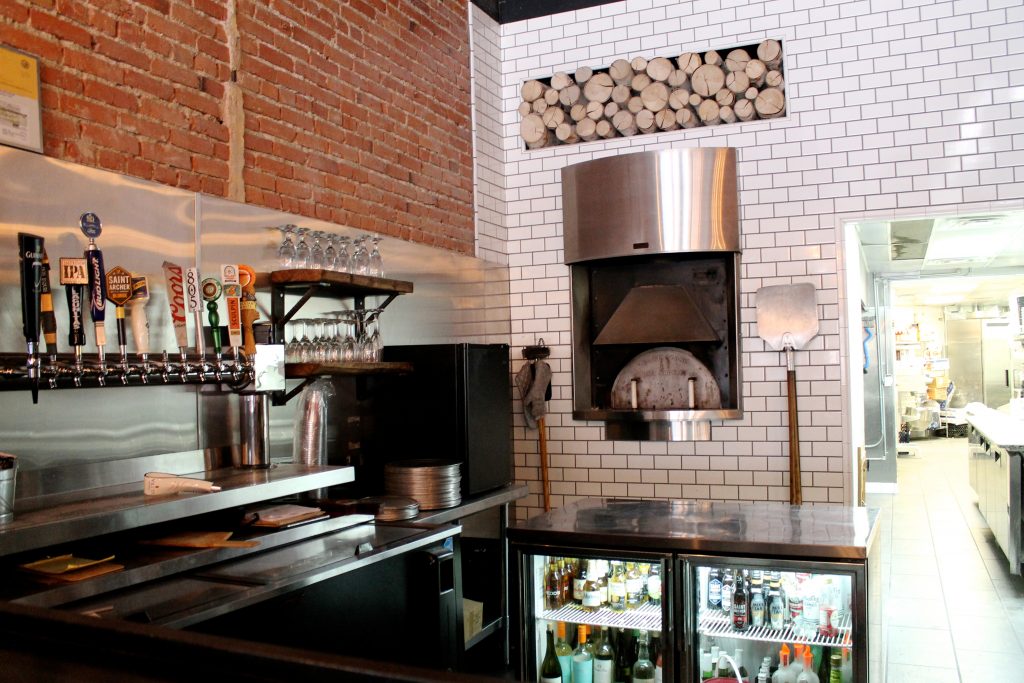 So on Sunday afternoon we met the owner, Ray Babb and his head chef, who cooked us a delicious meal of homemade pizzas, steak tacos and deep-fried ice cream!

The entire meal was ridiculously good. Because they source all of their ingredients from the surrounding farms in the area, everything tasted incredibly fresh.

If you ever find yourself in Brawley, CA — go here!!

(Update July 2019: Sadly, it looks like Inferno is closed permanently 🙁 ) I had a great weekend touring the Imperial and Coachella Valleys and I learned so much. Before I leave you guys, I want to share just a couple quick facts that might be interesting to you:

— Agriculture uses 40% of the state’s water supply, but EVERYONE benefits from the food grown on farms. 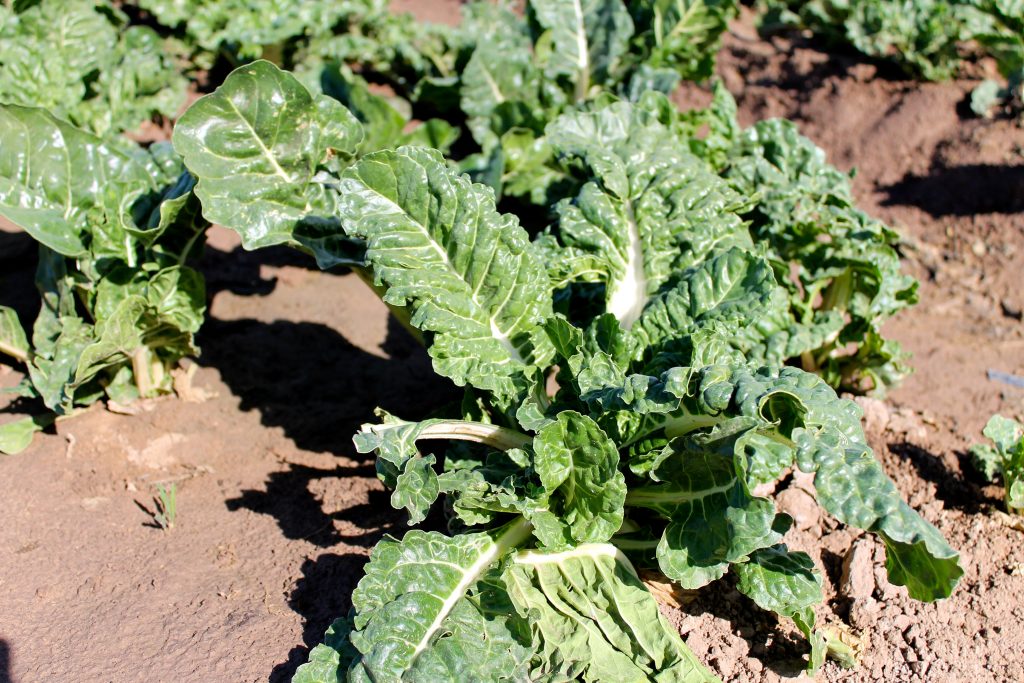 — The Imperial Valley and Coachella Valley can grow year-round. You can thank this area of the country for allowing you to have cantaloupe in the middle of November even though it’s a summer fruit.

— Most farms are passed down generation to generation. Many of the farmers we met were in their current job because their parents, grandparents, etc. were all farmers.

— A lot of advanced farming technology comes from Israel, not the United States. One example is drip irrigation which is a method of releasing water slowly through long passageways (in this case, plastic tubing you see below). Disclosure: This is not a sponsored post, however I was invited to attend this farm tour by the California Farm Water Coalition and my hotel and travel were paid for. I hope you enjoyed this post and I appreciate your support!