This past weekend I celebrated my friend Kelly’s bachelorette in Austin and IT WAS SO MUCH FUN!!

Seriously, I had the best time. I wish I could do it all over again. Okay, actually give me like 2 more days to recover, but then I’d be ready. It was my first time in Austin, but since I was only there for 36 hours, I really want to go back soon to see more of the city!

Our big group stayed in a house we rented through AirBnB, which I highly recommend doing because it makes it so fun to have everyone in one place. Once most of us had arrived by Friday evening, we headed out to Hops and Grain for some beers to get the weekend started. Later that night, we all got ready for dinner at Fixe. We had a private room, which was perfect for our not-so-quiet group. 😉 The food was “Progressive Southern” — I had the fried chicken and I devoured it!

We drank a lot of champagne, toasting to our girl, Kelly. This is the only photo I have from the night and it’s ridiculous – ha! Yes, there were framed photos of dogs all throughout the room we were in. Still deciding if this was awesome or the creepiest thing ever. After dinner we all headed to Rainey Street to check out some bars. It felt like everyone there was there for a bachelor or bachelorette party, which was fun because everyone was ready to celebrate!

Saturday was my favorite part of the weekend. After whipping up a quick breakfast at home on Saturday morning, our group headed to Lake Travis where we had a boat waiting for us. We packed up lots of snacks for the afternoon as well as plenty of drinks to celebrate our bride-to-be! 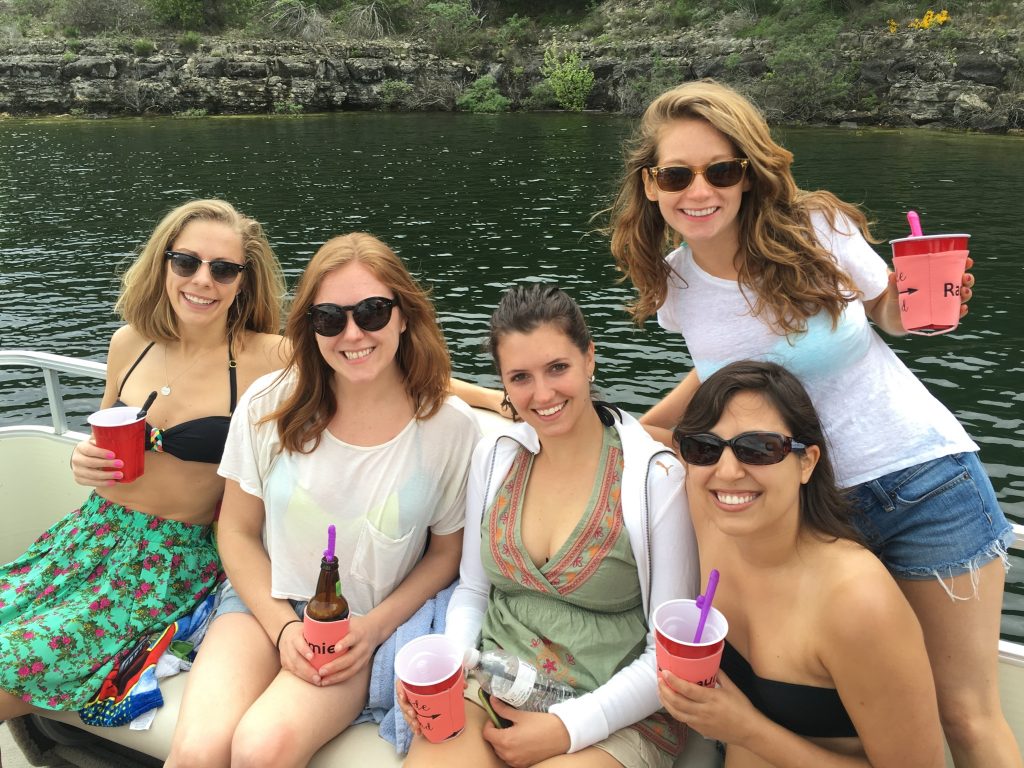 Kelly’s sister and Maid of Honor, got us all the cutest drink koozies with our names on them! I was obsessed. There were a bunch of other bachelor and bachelorette parties on the lake that afternoon, so our captains had us all dock next to each other for a couple of hours. We ended up hanging out on the boat next to us for a majority of the afternoon because it was much bigger than ours. Plus, they had great speakers and a water slide! 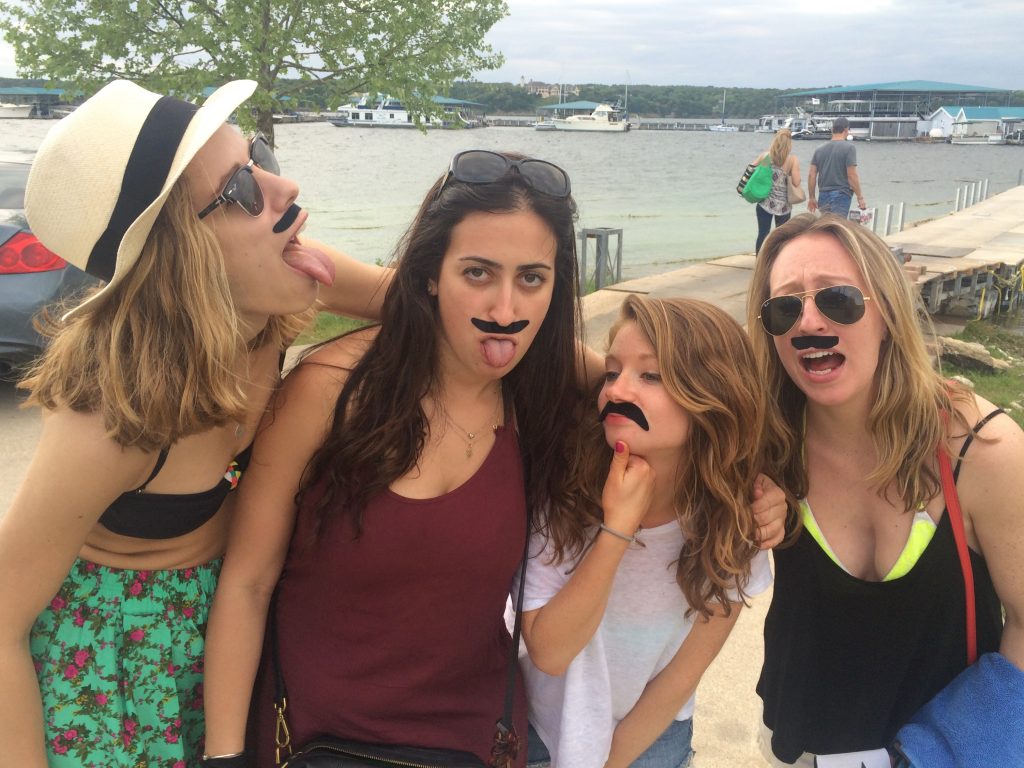 When we got back to the house that evening, we had Rudy’s BBQ for dinner. There’s no photo because I took a plate and just inhaled my food. Hungry people problems. Later that night we played some games and got ready to go back out. We lost a few stragglers along the way because it was pretty tough to rally after such a long day! I am actually surprised that I made it back out.

The group dressed up in black, so Kelly could stand out in white, and we all piled into Ubers for 6th Street in Austin. Let me just say, HOT DAMN, 6th Street was NUTS!! I’ve never been to New Orleans or any other city with a large open street like this, but it was crazy! There were so many people and bars. It’s a party area, for sure!

I ended up going back to the house early with a few others because I had a VERY early flight back to Los Angeles the next morning.

Here are two Bachelor / Bachelorette Party tips I learned from this weekend:

I had the best, best time in Austin and I can’t wait for Kelly’s wedding in May so I can see all of these awesome ladies again.