After running a few polls on my Instagram stories last month, I learned that a lot of you are looking for quick, healthy dinners that you can make in under 30 minutes. Well, I heard you and over the next couple of months I have many easy dinner recipes coming your way! To kick things off, today I’m sharing this delicious Slow Cooker Chicken with Dates and Golden Raisins recipe. I know that the Instant Pot is all the rage this year, but I’ll be honest, I haven’t really had the urge to buy one. Part of that likely comes from the fact that we simply don’t have room for additional appliances in our new apartment, but it’s also because I just love my slow cooker. If you’re in the market for a slow cooker, this is the one I have and I LOVE it. I received it as a holiday gift four years ago and I must have used it hundreds of times since then. There are more expensive, fancier slow cookers on the market, but this one has all of the features you need and it’s less than $45! Plus you can put the insert right in the dishwasher, making clean up a breeze!

No faulty This is Us slow cookers here! 😉 We’re all very busy, so it’s great to be able to throw a meal in the slow cooker to braise for a few hours, while simultaneously running in and out of the house.

Here is why I think you’ll love this Slow Cooker Chicken with Dates and Golden Raisins recipe: This recipe does require a bit of work at the beginning before everything goes in the slow cooker, but the extra steps are worth it! Browning the chicken and quickly sautéing the vegetables in a skillet first really help to maximize the flavors in this dish. I urge you not to skip those steps.

If you love Moroccan-inspired or “sweet and sour” meals, this Slow Cooker Chicken with Dates and Golden Raisins is for you. This Slow Cooker Chicken with Dates and Golden Raisins is easy for a weeknight dinner or meal prep, but the flavors are also impressive enough for a dinner party!

Pin this recipe for later: 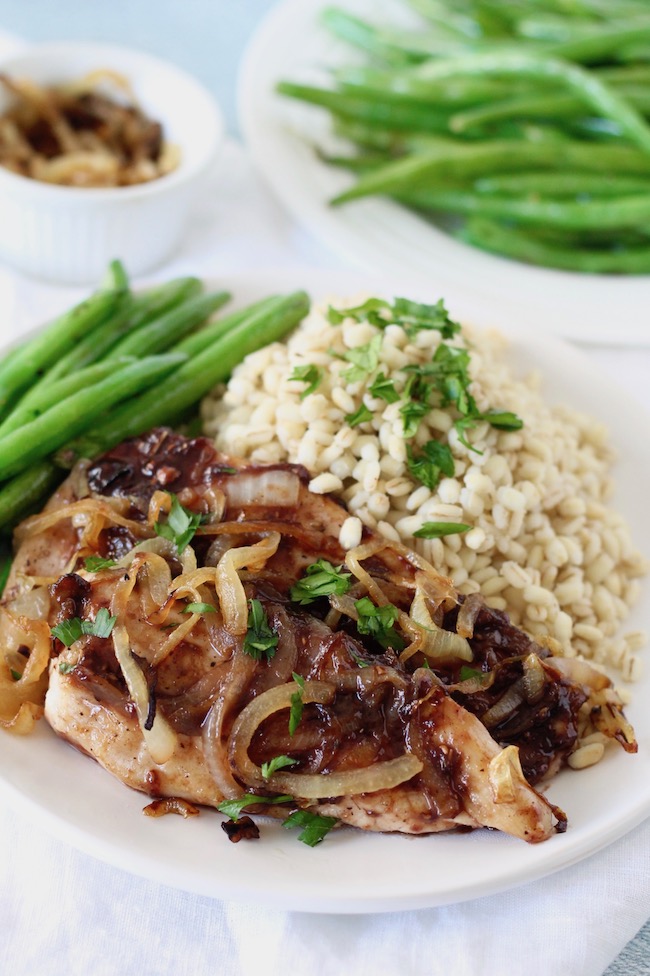