If you’ve reading for awhile, you know I love surprising people. Remember the time I surprised my dad back in February and the rest of my family just last month for Passover? It’s safe to say, I got my dad’s love of surprises.

Well a few months ago, I knew I wanted to make Travis’ birthday in April extra special. I started reaching out to his family and friends on the east coast, trying to arrange a surprise visit for him in LA. I was able to lock in his sister, Justine, who flew to LA from NYC on Thursday (Travis’ actual birthday). We were both SO giddy in the car when I picked her up from the airport. We kept debating whether or not Travis had any clue she was coming.

A few days prior, I’d reached out to one of Travis’ coworkers to see if she could figure out Travis’ schedule that day. Justine and I wanted to show up to his office and surprise him. The timing worked out that Justine landed when Travis was grabbing lunch with a few coworkers, so we decided to just crash their lunch. We snuck into the restaurant where they were eating, and walked right up to Travis. He just stared at us for a few seconds, completely STUNNED. It was an awesome moment. After a few hugs and lots of laughter, we stayed and chatted for a bit with Travis and his coworkers. After,I drove Justine back to our place and Travis and I both went back to work. That night, we went out to dinner to the Misfit, one of our favorite places in Santa Monica. With the menu changing seasonally, we never get bored of this place. It was a delicious meal, but even better because Justine was with us.

But Justine’s visit wasn’t the only surprise in store for Travis this weekend. For months I’ve been planning a big surprise party with all of Travis’ friends. The party was set for Saturday night at a bar in Santa Monica, just walking distance from our apartment. All of his friends were in on the surprise and I was SO GLAD that no one let it slip over the course of the last few months.

Let me just say that Travis gave me more than a few panic attacks about his birthday. About a month ago, he told me that he wanted to do a big party and rent a party bus (something one of our friends had recently done). I tried to play it cool and told him that was a waste of money and we should think of something else. He pushed me for a bit, and then luckily I was able to change the conversation to something non-birthday related.

Earlier this past week before Justine arrived, he told me that he wanted to invite a bunch of his friends out on Saturday night and reserve a table at a bar. Again, I told him that was a waste of money and unnecessary. I felt like the LAMEST girlfriend ever, telling him to NOT make plans on his birthday. Man, I am mean. I just didn’t want him putting down a deposit on something that he couldn’t take back! I still did everything in my power to make sure he wasn’t suspicious about my plans.

On Saturday, the day of the surprise, my goal was to keep Travis as busy as possible. I thought if I kept him distracted, he wouldn’t be thinking about our evening plans that much. All he knew was that the three of us (Travis, Justine, me) had dinner reservations and afterwards we were going to meet our friends Kyle and Kelly at the bar, Copa D’Oro in Santa Monica.

Our morning began at the vet for Bessie’s checkup. We were glad to hear that she is as healthy as can be! 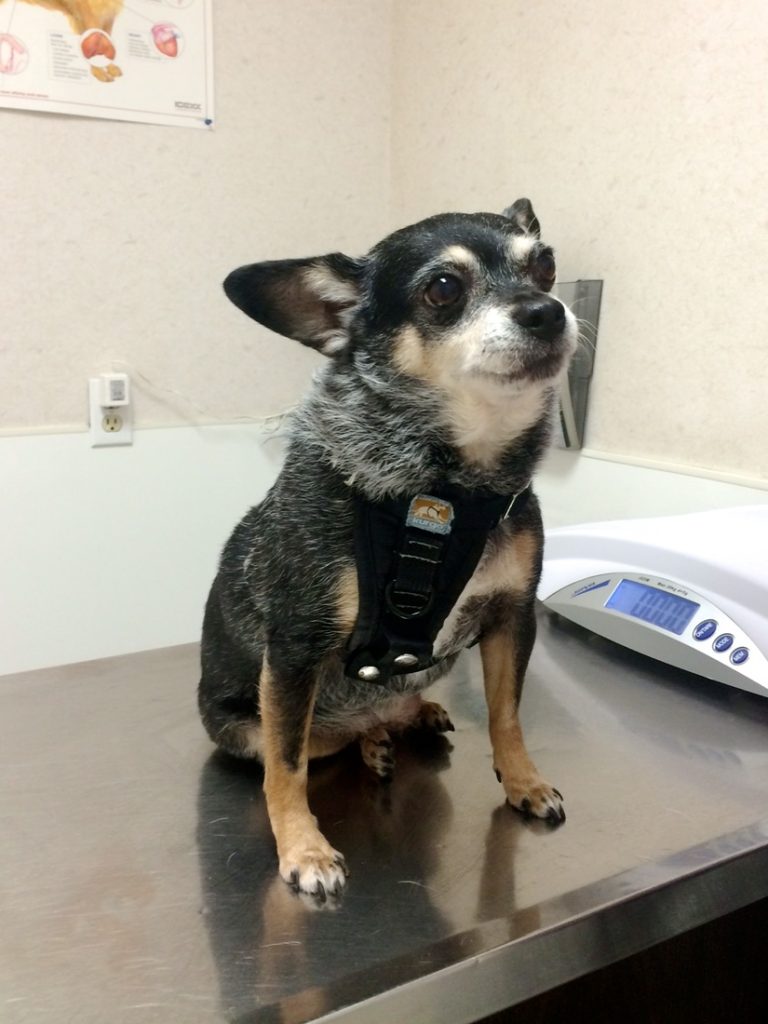 After the vet, we both hit the gym and then I sent Travis to get a massage (one of his birthday gifts).

My plans to keep him distracted pretty much failed. As soon as he got back from his massage, Travis started texting a few friends to see if they wanted to meet up with us after dinner. Little did he know, all of these friends were going to be at the bar waiting for him after dinner…

They all did an amazing job throwing him off, and told Travis they had alternate plans (family dinners, double dates, movies, etc.).

So that night Travis, Justine and I went to Rustic Canyon, a seasonal kitchen and wine bar in Santa Monica, at 6:30PM. Originally, I thought that the time was perfect because I had told all the guests to arrive to the bar by 8:30PM. 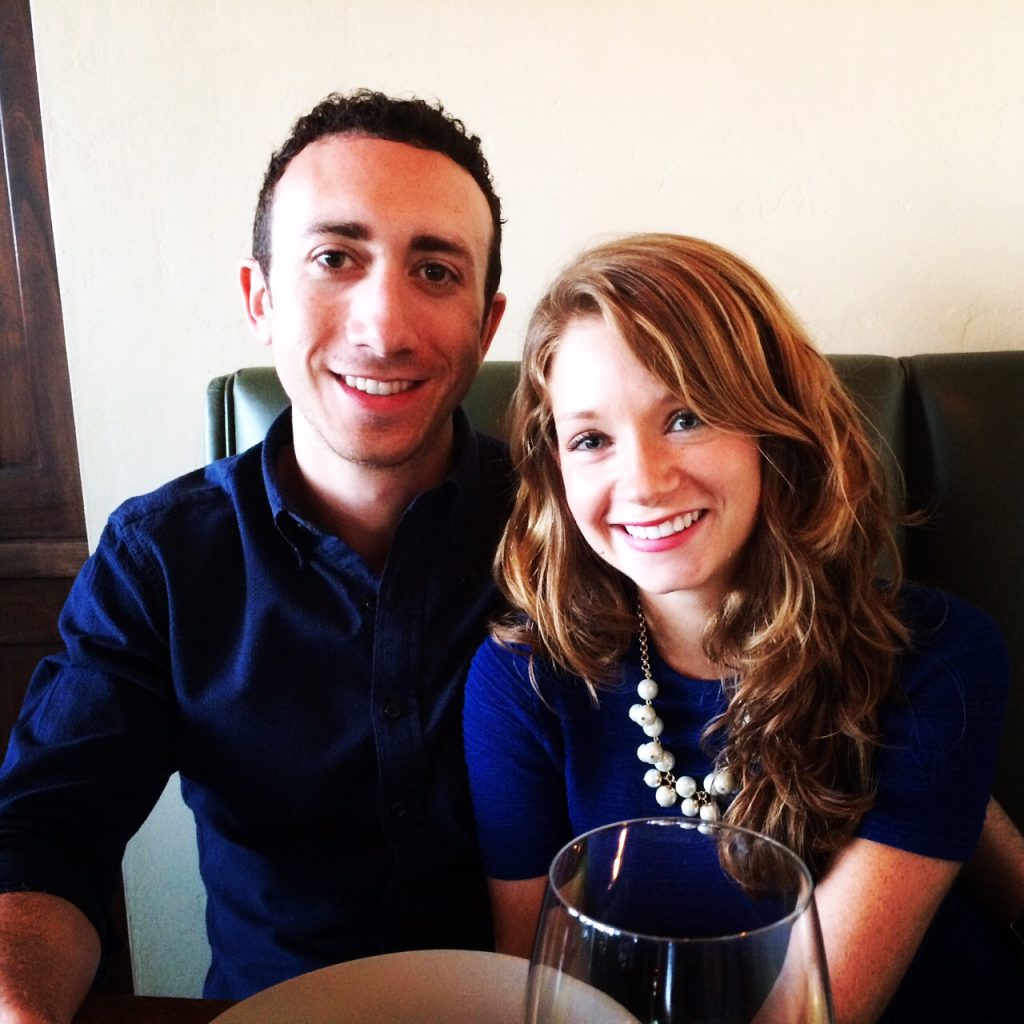 Well, I was wrong.  We had a problem. The food came out SO fast. Justine and I did what we could to eat slowly to kill time, but Travis, oblivious to our plans, ate as quickly as can be. We even tried to convince him to order dessert, knowing very well Travis doesn’t care for cake. So after dinner, we drove home to drop off the car. Justine and I started trying to stall Travis any way we could. It was only 7:45PM! Justine pretended to go fix her makeup while I prepared dessert.

Since Travis doesn’t like cake, I stuck a candle in a stack of Almond Butter Cookies I’d made for him a day before. Everyone needs to blow out a candle on their birthday, right?

After, I tried convincing Travis we should have a drink at home before we went out. Nothing was working. He just REALLY wanted to leave. He was very eager to go celebrate with Kyle and Kelly.

Finally, I received a text from Kelly saying that everyone was at the bar ready to go, so I told Travis and Justine we should head out. When we were one block away from the bar, I stealthily texted Kelly to warn her. We walked up to the bar’s entrance, showed the bouncer our IDs, and let Travis walk in first. He walked STRAIGHT PASSED our group, so I had to yell “Trav!” to get him to turn around.

It’s dark, but you get the idea!

Unfortunately, this is the ONLY picture I have from the night. I was 100% NOT in blogger mode, and my phone stayed in my purse the whole night. I wish I captured more, but it’s safe to say that it was a blast.

I had Copa D’Oro create a custom cocktail menu for our group. It was a big hit! The most popular drink on the menu was the Travbone, a pineapple Mojito. Justine came up with the drink names and Kyle and Kelly helped with the spirits and flavor combinations. I felt like I barely saw Travis the whole night because both of us were busy catching up with friends. When I finally did snag him near the end of the party, Travis kept asking me a bunch of questions about the planning process. He was so thankful and appreciative.

I can’t even explain the weight that was lifted off my shoulders the very moment everyone yelled out “Surprise!” All of the lies and scheming were kiiiiiilling me! I am so thankful for all of our amazing friends who helped plan such a memorable night for Travis. And a special thank you goes out to Hector at Copa D’Oro, who was a pleasure to work with since day one.

Sunday was sad when we all had to say goodbye to Justine. Having her here made me wish she still lived in LA. We all hated to see her go – including Bessie! It was such a good weekend, celebrating with friends. It definitely makes going back to work on Monday a bit more difficult than usual.