I took lots of iPhone photos in Chicago. I was debating whether or not to bring my DSLR camera, and in the end I am glad I left it at home. With all of the rain we experienced, I would have hated lugging it around in addition to my raincoat and umbrella.

So instead of recipe photos, today I bring you a hodgepodge of iPhone pictures from last weekend in Chicago. As you can see, because of the rain, we mainly spent our entire trip eating…

Our first meal of the trip was Thursday night at Nico Osteria. The General Manager was the first person to stop by our table, and after telling him that we had no idea what to order (everything looked SO good!), he suggested letting him order for our table of four. It was the best decision and we felt like we got the royal treatment that night. All of the seafood and pasta dishes were UNREAL, but what really stole the show for me was the complimentary dessert, brought to us by our (amazing!) server at the end of the meal. This cake was one of the best I’ve ever had. It was rich and indulgent, and I savored every single bite. I was glad we got to try it, because the server said they were removing it from the menu that week (they change their menus almost daily).

Instead, we decided to find a great place to eat! Nearly everyone we asked for restaurant advice told us to go to Au Cheval for a burger. We arrived around 11:30AM on Friday, not having eaten breakfast yet and there was already a one hour wait. So while we waited for our table, Travis and I walked to Whole Foods down the street for a quick snack. By the time we were finished, our table was ready! 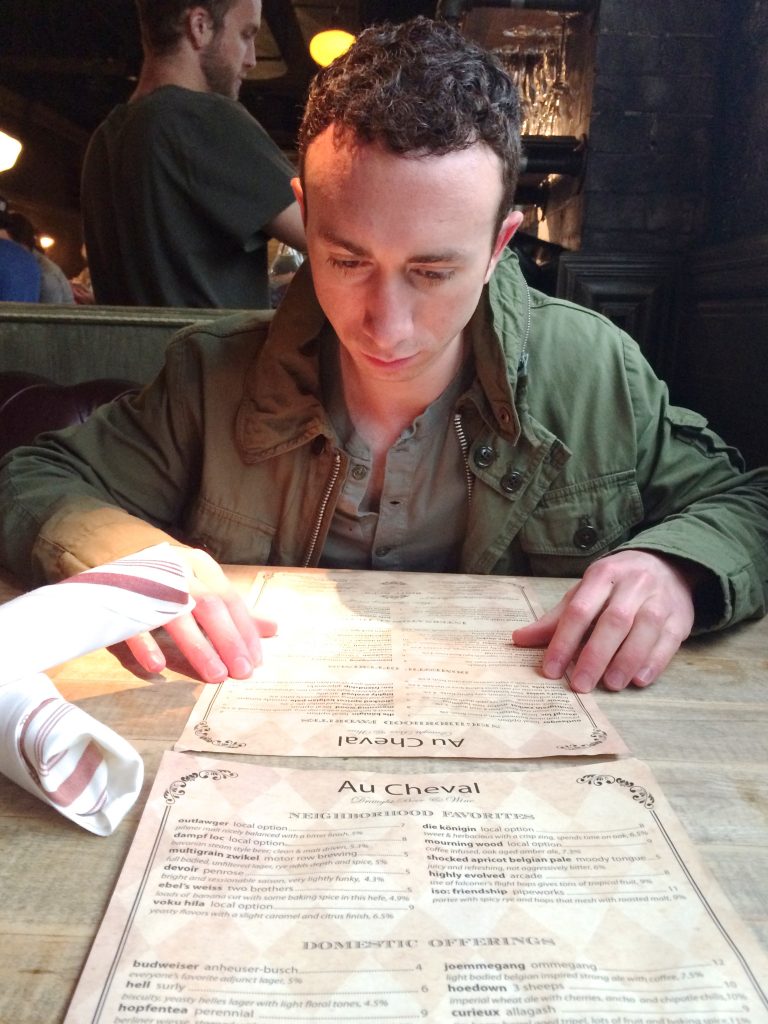 We decided to split a burger, and man am I glad we did! Look at the size of this thing! Pro tip: get the fried egg on top – it’s heavenly. 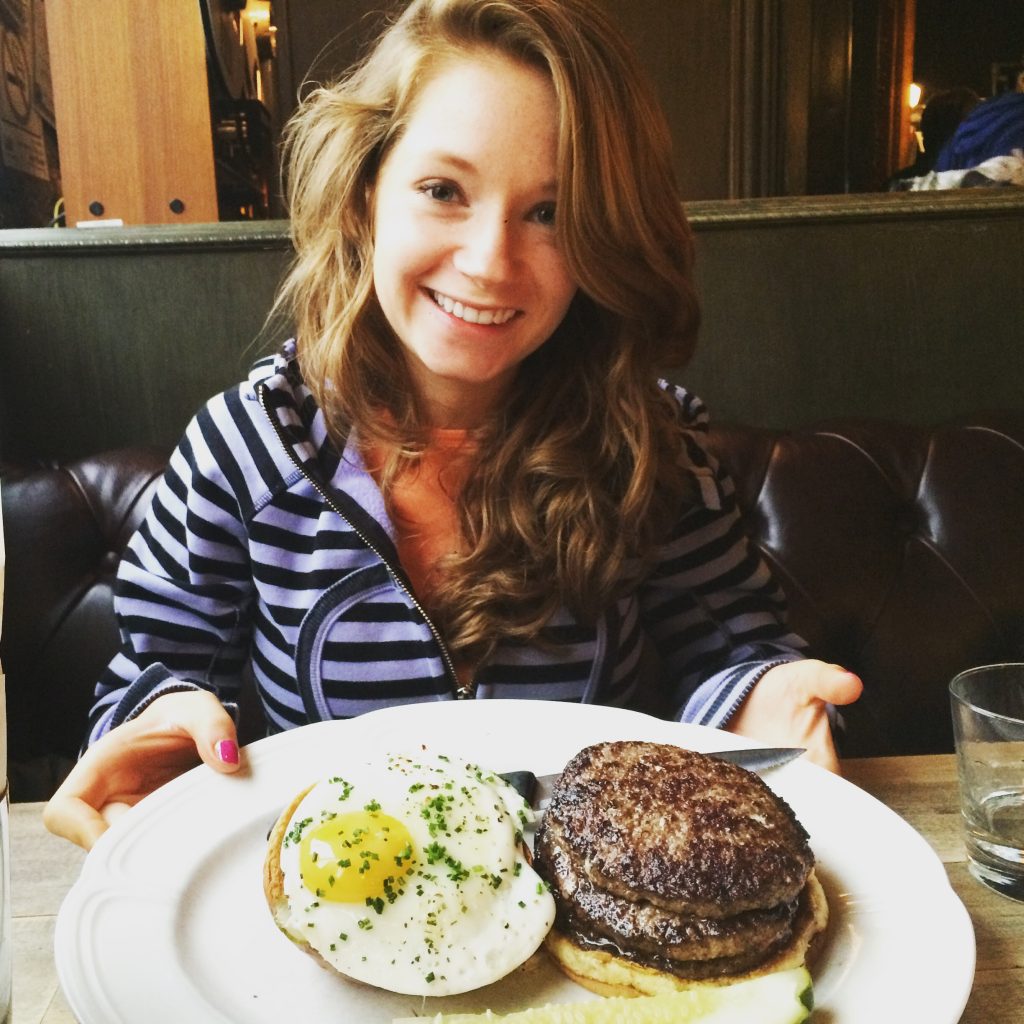 We were thrilled when the sky finally cleared up a bit on late Friday afternoon. It was the perfect opportunity snap a few photos of Chicago’s amazing skyline.

Friday night we went to Siena Tavern and our group of 5 decided to split eight or so dishes amongst the table. That’s my favorite way to order because I get to try lots of different menu items that way.

I honestly loved everything we tried. One of my favorite dishes was this halibut. (Yay for more dark restaurant photos!) Saturday afternoon our group took a long walk throughout the city and along the lake. It was a very foggy day, but we were just happy that it wasn’t raining! We also made an obligatory stop at Lou Malnati’s for a slice of their famous deep dish pizza. This was my second time having Lou’s and man, is it dense! Deep-dish lovers are going to hate me for saying this, but I honestly prefer crispy thin-crust pizza. Maybe it’s because I can eat more slices? #givemeallthefood

Sunday, Travis and I had a few hours to spare before we had to head to the airport. Eataly Chicago was right down the street from where we were staying, so we had to stop in. We’d been to the Eataly in NYC and it was food heaven for both of us. I just can’t wait for Eataly in LA! At the airport Travis and I stopped at Potbelly’s to grab some food for our flight. It always seems like EVERYONE flying out of Chicago Midway also stops here. The line is always out the restaurant. It’s fair because it really doesn’t compare to typical airport food. We decided to split a big sandwich and salad and nearly inhaled them at our gate before our flight. We had the perfect food-filled weekend in Chicago, but we were excited to get home to Bessie and sleep in our own bed that night.

Have you been to any of the restaurants I visited? Do you prefer deep-dish or thin-crust pizza?

Previous Post: « Barramundi with Balsamic Cherry Tomatoes and Basil
Next Post: What I am Loving Lately – June 2015 »