My parents were in San Diego for a few days last week, so on Friday afternoon I took the train from LA to visit them. I used Amtrak fairly regularly when I lived on the east coast, but this was my first time taking it out in California. The whole experience was a breeze and reminded me why I love traveling by train so much – no long security lines, LOTS of legroom, bigger seats, no turbulence, and on and on! My parents met me at the train station in San Diego and together, we walked back to their hotel. We passed the USS Midway Aircraft Carrier on the way, which was seriously cool to see up close. It was HUUUUUUGE! 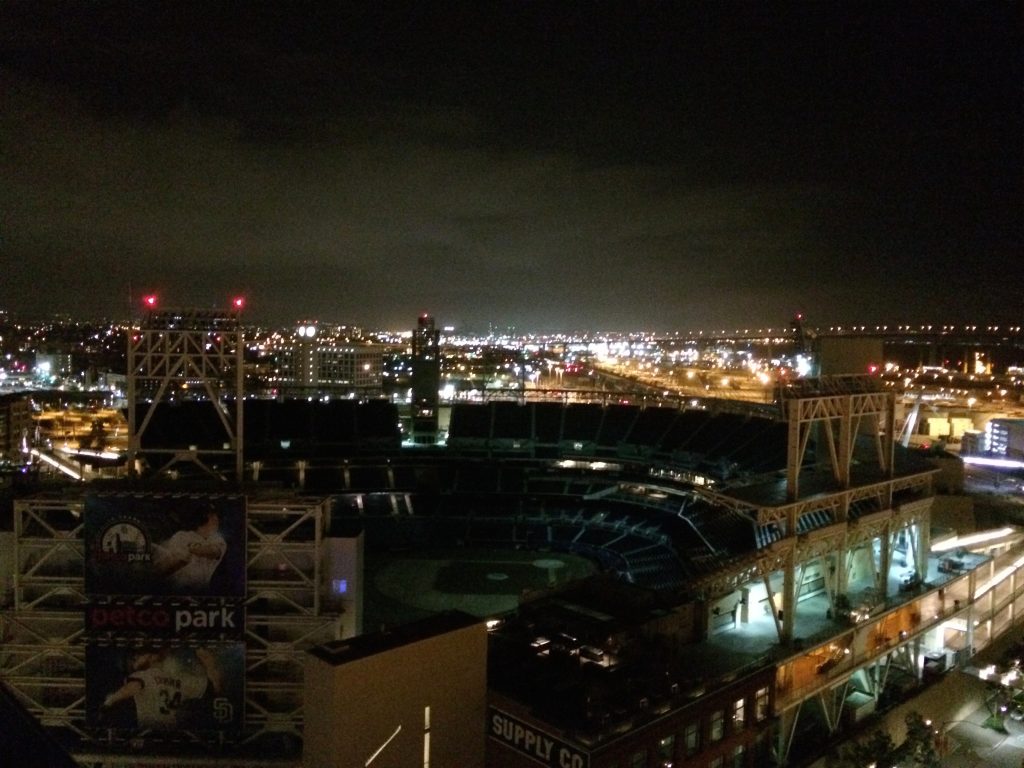 That evening we enjoyed dinner out in the gaslamp district and some warm cocktails on our hotel’s rooftop bar (which overlooked Petco stadium!). The next morning we had breakfast at Richard Walker’s Pancake house. My mom ordered their famous German Pancake and we all GASPED when we saw the waiter carrying it over to the table. We couldn’t believe the size of it! I ordered a Mediterranean omelet with a side of buckwheat pancakes – YUM! Just like my mom’s meal, the portions they served me were massive. I wasn’t complaining because it was great fuel for our busy day ahead. 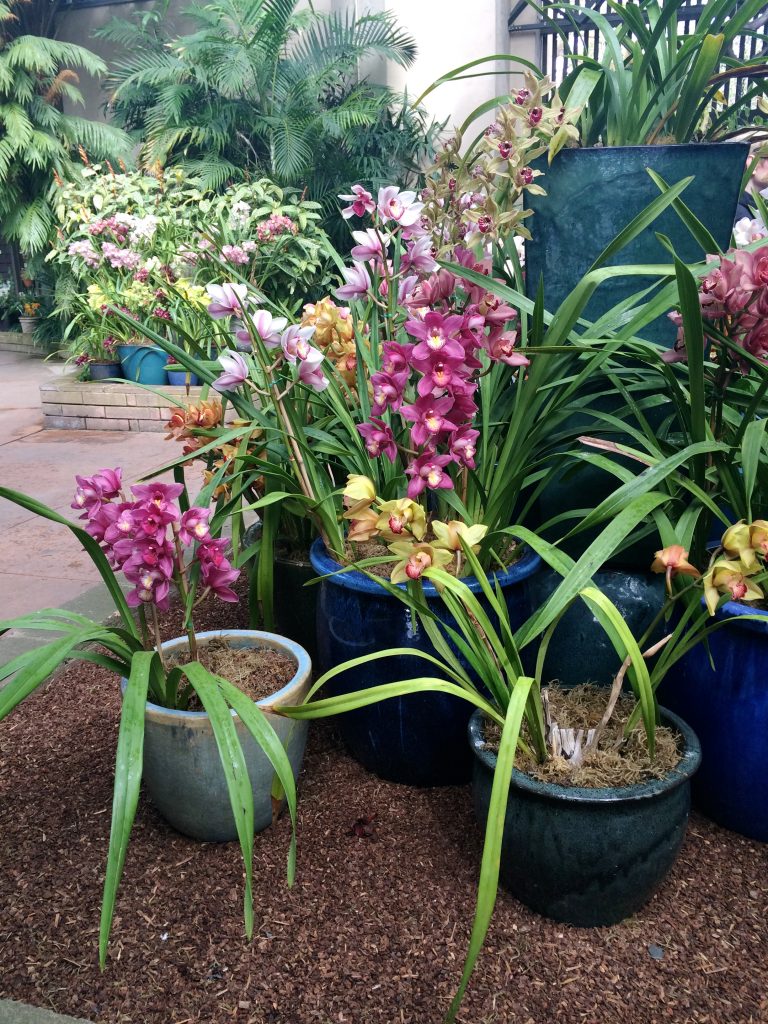 We spent the rest of the morning and early afternoon walking around Balboa Park. It was supposed to rain, but luckily for us it held off the entire time we were outside!

Like LA, San Diego seems to be incredibly dog-friendly and you guys know I am all about that! I got so excited when I saw a large group of Greyhounds walking together through the park. Travis had his rescue greyhound, Tad, with him in college and I quickly learned to love this special breed. The owners walking the Greyhounds said that they meet up weekly because Greyhounds, in particular, love to be with their own kind. We also came across a tiny yorkie mix named Ridley, who reminded us SO MUCH of my parents’ yorkie-poo Diesel.  We stayed and pet him for a few minutes – I couldn’t get over how sweet he was. 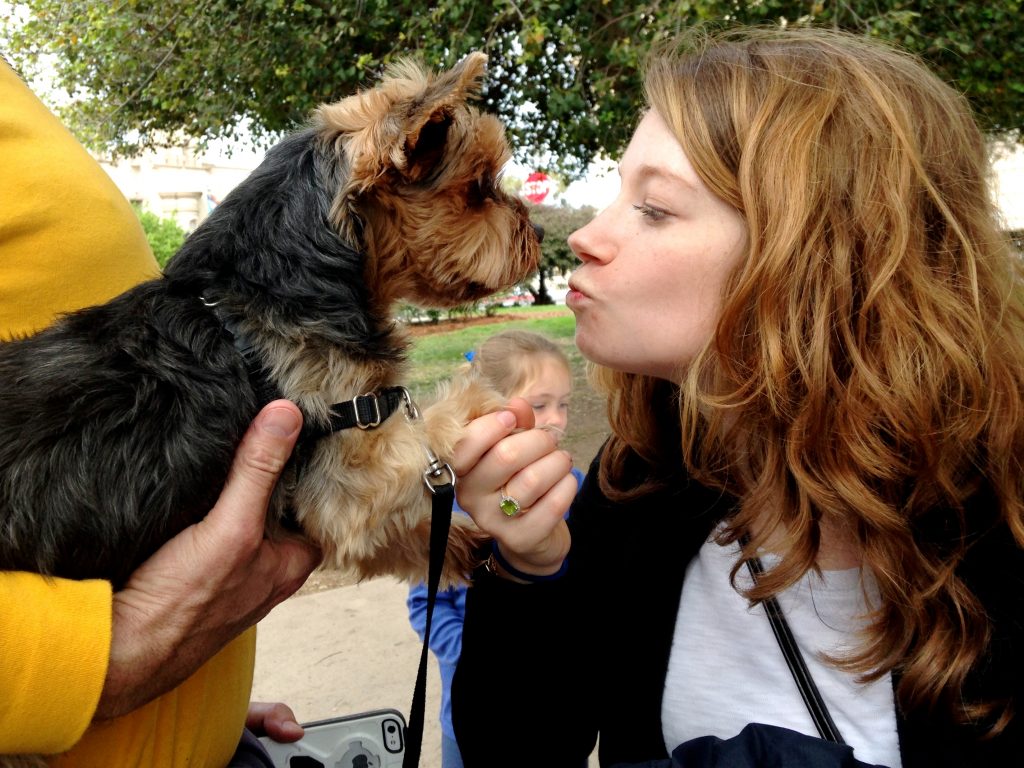 How beautiful is Balboa Park? We saw one couple getting their wedding photos taken by this pond. It was such a peaceful setting. If I lived in San Diego, I know I would spend a lot of time here. After Balboa park, we stopped to check out the famous “Unconditional Surrender” statue at the port. 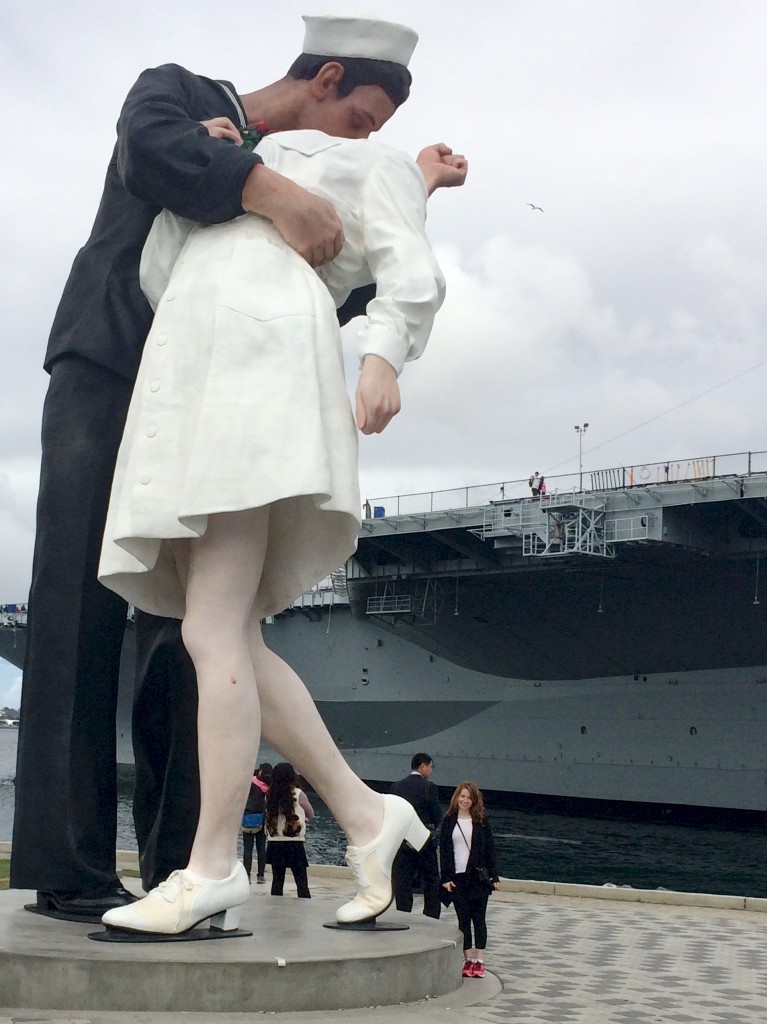 Just so you get a sense of how large this statue is, I am as tall as the nurse’s shoe! Our Saturday afternoon ended at the famous Hotel del Coronado. When the hotel opened in 1888, it was the largest resort in the world! I couldn’t believe how beautifully restored this old hotel was – the grounds were immaculate and the decor was modern, but you could still feel the old charm. We enjoyed a late lunch together overlooking the hotel grounds and ocean. I ordered a roasted turkey sandwich with homemade white BBQ sauce on delicious brown bread. After all of the days activities, I didn’t even realize how hungry I was. I devoured everything on my plate in no time.

When the sun began to set, it was time for me to head back to LA on the train. My parents were catching a red-eye back to Boston that night as well. I was sad to leave them but thrilled that we got to spend a good 24 hours together while we were on the same coast! Unfortunately for them, my parents were heading home to even more snow in Boston! Eek.